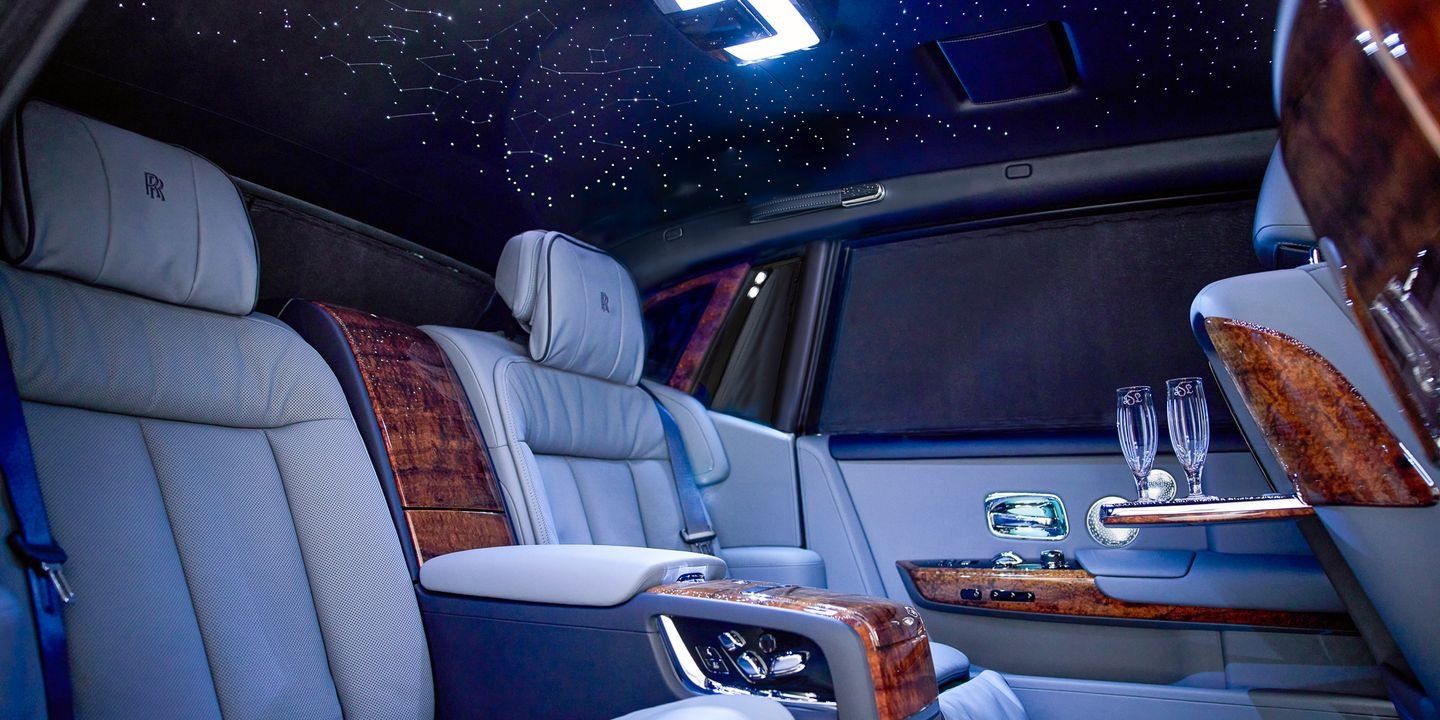 The luxury automobile was probably one of the earliest forms of motorized transportation that existed, and since there have been cars there has been a demand for the opulent. Brands like Maybach and Rolls-Royce have been industry leaders for decades, providing discerning customers with all the features and amenities they can imagine. Because of that individuality and craftsmanship, these luxury cars are still insanely expensive, costing several times more than what we mere mortals could ever afford.

RELATED: 10 Depreciated Luxury Cars That Are Actually Cheap To Maintain

Yet there is something inherently fascinating about how the wealthiest in society live and the vehicles in which they drive. Whether they’re in a supercar, SUV, or traditional executive sedan, they want the crÃ¨me de la crÃ¨me of the automotive world. These ten models are among the most luxurious on the market in 2021, and their interiors are out of this world.

The â€œstandardâ€ BMW 7 Series is already a top-of-the-range luxury sedan with all the tech and features Beemer can fit into it, but if that’s not enough, Alpina will add an extra dose of comfort and speed on Top. Getting the Alpina treatment means every aspect of the car is refined and reworked, including the interior.

Hand-sewn nappa leather seats are fitted, each with a plethora of heating and massage functions. The steering wheel uses a different, even more expensive leather called Lavalina. Even the control elements are fitted with ceramic inserts, to maximize the feeling of craftsmanship around the car.

A car as expensive as the Pagani Huayra, some might think, should automatically come with the most expensive interior money can buy. But, often with hypercars, that’s not the case, as the quest for weight savings and ultimate performance often means that some can look very simple on the inside.

Fortunately, Pagani reserves that end level for its special edition cars, and most Huayras come with an extremely comfortable cabin. It must also be considered one of the best-looking modern cars, as everything about it only screams timeless Italian design, right down to the exposed gearshift lever.

Mercedes Sprinter vans are more often seen delivering packages or building materials, but Lexani’s is a bit different. On the outside, it’s relatively unremarkable, but that’s by design. You see, it’s a vehicle for people who want to go unnoticed, and so it’s deliberately subtle on the outside.

Inside, it’s a whole different matter, as Lexani has done her best to mimic the cabin of a first-class private jet. There is room for a table, a huge TV and even in some models, a bedroom. It’s fair to say that the Lexani is about as close to a private jet as anyone can get without actually taking off.

Rolls’ very first SUV was always going to be a money printer given the never-ending craze for big SUVs right now. However, that meant the company had high expectations aboard the Cullinan when it first debuted, and they certainly didn’t disappoint.

It has all the traditional pomp and opulence of a stately home, but wrapped up in a 563 horsepower 4×4. Since production began in 2018, it has been one of Rolls-Royce’s biggest sellers, being a favorite of wealthy families and businessmen around the world.

Another entry in the category of ‘incredibly expensive hypercars with beautiful interiors’, the Bugatti Chiron offers a unique and elegant cabin design. This is really a good thing, because it is so fast that most owners will never get a chance to experience its full speed, but at least they can experience its luxury.

RELATED: Bugatti Vs Koenigsegg: 5 Craziest Cars From Each Brand

As you would expect, there is a lot of leather everywhere, including on the dashboard. There are a variety of color options available, but one popular combination seems to be this brown and black combination. Nonetheless, Bugatti would surely be happy to adapt if a customer wanted a unique color scheme. As long as they had a million dollars more, of course.

Bentley describes the Flying Spur Mulliner as their “pinnacle” of luxury, and coming from them, it is something. The Mulliner is essentially the even more sophisticated edition of the already highly sophisticated Flying Spur, their flagship sedan model.

Bentley’s interior designs have long been some of the best in the game, but with this model they’ve really outdone themselves. It’s hard to imagine anyone who wouldn’t want to drive in those padded leather seats with half a chance.

Most Range Rovers are designed for the owner to be the driver, but not for SVAutobiography. True luxury is in the back, with reclining seats and a customizable entertainment screen. It’s always very luxurious up front, so the driver won’t feel left out.

The extended LWB version will be the one most buyers want to get, as it adds even more legroom and probably gives the driver even more headache when trying to park. Yet while they are busy trying not to scratch the alloys of this $ 180,000 car on the sidewalk, the owner will be blissfully oblivious as they will be enveloped in perfect luxury.

This Toyota luxury limousine is their most expensive production car, yet most people outside of Japan have never heard of it. That’s because it’s only sold in their home country and costs just under $ 200,000. Not only that, but there would be a long waiting list to get one.

Like the Range Rover above, this is a car designed for the owner to be driven in. It’s the Japanese equivalent of a Rolls-Royce, albeit emphasizing understated comfort rather than anything flashy or lavish. It is also the only luxury car that can be fitted with fine fabric seats instead of the usual leather seats.

The Mercedes S-Class has been a top-selling luxury favorite for several decades now, but this new model from Maybach gives it an even more regal twist. It’s an S-Class, only better, with even more attention to detail, even more expensive materials used and an even higher price tag.

It has a starting price of $ 185,950, which can easily exceed $ 200,000 if a few more options are added. The S-Classes are also notorious for their extreme depreciation, so it’s one of the few cars on this list that we ordinary people could actually get our hands on in a couple of decades.

King of kings, the Rolls-Royce Phantom reigns supreme over all other cars. It is the most luxurious, the most opulent and any other superlative that one wants to throw at it. It is famous for having such features as the starry headliner, which mimics the sky on a clear night.

It also comes with a built-in champagne cooler and crystal glasses for serving. In fact, there’s not much that someone can’t opt â€‹â€‹for a Phantom, as Rolls will add just about anything if the buyer has the money. Be able to build a car over $ 450,000 exactly the way you want it? It’s the ultimate luxury right there.

Rolls Royce is undeniably the pinnacle of automotive luxury, but the number of luxury rides you can buy for the price of a Phantom is staggering.

Mark covers a variety of topics for HotCars, from the latest pickup trucks to obscure Japanese sedans. A regular fixture at auto shows in the UK and Europe, if there is a weird model or an obscure manufacturer, he probably knows it. Having worked as a radio host before, he knows a thing or two about Top 10 lists and enjoys writing them as much as presenting them. Mark graduated from the English Department at the University of Sheffield and is currently based in Birmingham, UK.