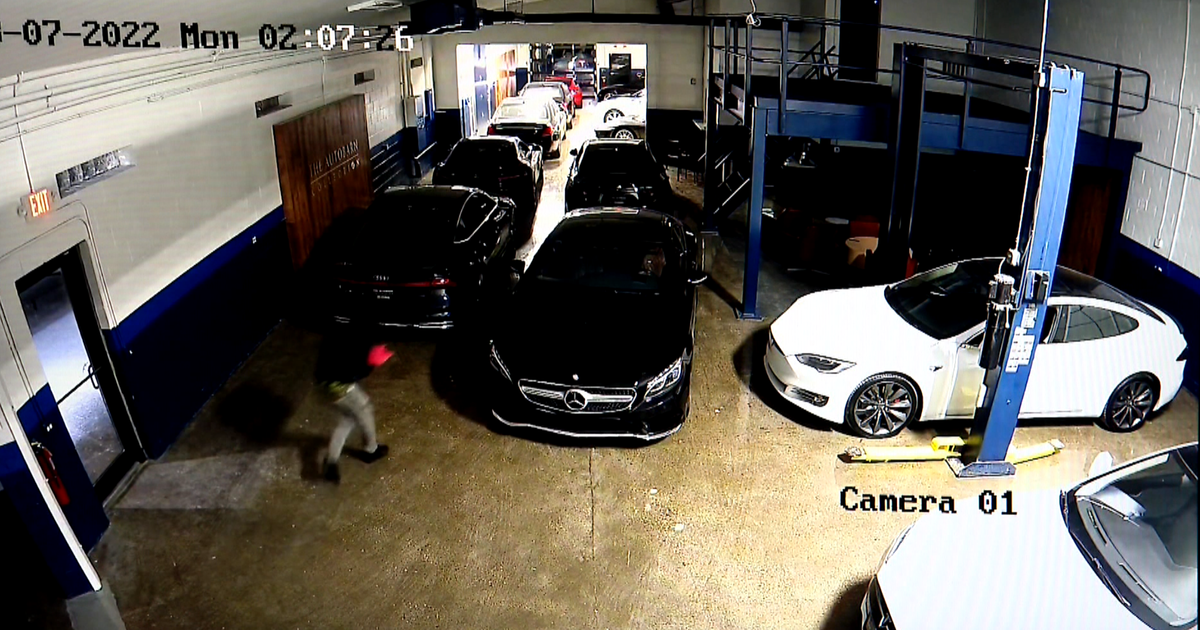 CBS 2 political investigator Dana Kozlov discovered that the thieves may be leaving a trail.

Sam Mustafa’s security cameras captured the whole thing at the Autobarn Collection at 1910 Greenwood St. on the west side of Evanston. A group of six people were seen breaking a window to enter his luxury car dealership. They stole car records with extra car keys, then methodically and rather calmly drove off with 14 cars worth almost a million dollars – in three shifts over five hours.

“They came prepared,” Mustafa said. “They knew they would have to break a safe to get the keys.”

A safe at the dealership was opened with a green crowbar that one of the thieves was carrying.

“It was shocking,” Mustafa said. “It really was.”

Nor was it the only luxury car dealership to be affected. Turns out Mustafa’s Autobarn collection in Evanston was just the first target on March 7.

The following week, five robbers hit Illinois Motors, at 675 Industrial Dr. in the northwest suburb of Cary. Five days later, a group hit the Luxury Auto Selection, at 4580 N. Elston Ave. near Kennicott Avenue in the Mayfair neighborhood of Chicago.

Cary Deputy Police Chief Scott Naydenoff said he was “absolutely” working on the premise that these crimes were connected.

Naydenoff said they were in contact with other agencies, sharing information. Mustafa said a white BMW sport utility vehicle, exactly like the one used by the thieves in his heist, was left at the Cary dealership.

Naydenoff said BMW was stolen in Missouri, while license plates were stolen from a car in Schaumburg. Some of the cars were picked up in Cary, Calumet City and Chicago.

“These are targeted incidents, they know what they’re looking for, and they seem somewhat sophisticated,” Naydenoff said.

Mustafa said he hoped the police would make it a priority to catch the potential ring of car thieves. Although no one was hurt, he said it’s costing business owners like him a lot of money.

Dana Kozlov is an Emmy Award-winning political investigative reporter for CBS2 Chicago. Before joining the station in 2003, she worked at WGN, CNN Chicago, and WEEK-TV in Peoria, where she began her journalism career in 1992.