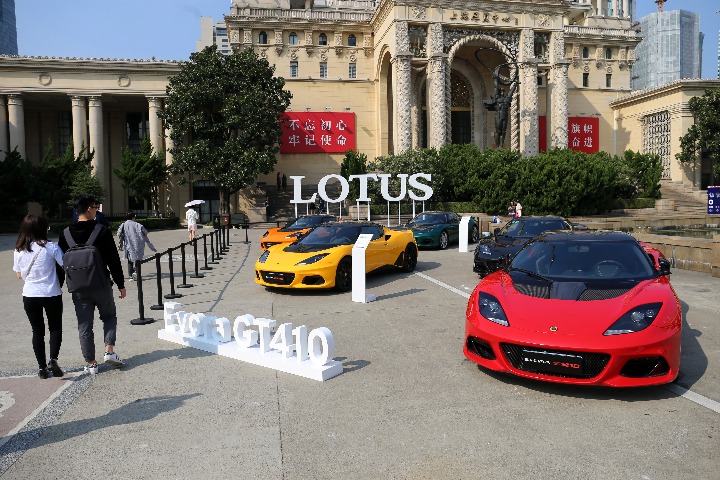 Among them will be an SUV that will be released in 2022 and a five-door sedan in 2023, Lotus CEO Feng Qingfeng said on Tuesday at an online event to celebrate the establishment of Wuhan Lotus Technology in the province of China. Hubei in central China.

Lotus said it has earmarked 26.3 billion yuan ($ 4.06 billion) for its operations in the city, including an 8 billion yuan factory that will become operational later this year.

With an annual production capacity of 150,000 units, it is the UK carmaker’s first plant outside the UK.

Lotus said the Wuhan plant will produce vehicles designed for everyday use, while the UK plant will manufacture electric and gasoline hyper cars.

In an interview with Sohu earlier this month, Feng said there will be two SUVs in Lotus’s future product portfolio, but he did not give details.

Lotus launched its first electric car, the Evija, a 1,972 horsepower coupe that costs around $ 2 million, in 2019. The Evija is produced at the Lotus plant in Hethel, UK.

Feng said the brand’s preliminary sales target would be 100,000 units per year, adding that Lotus would explore global markets. “So it has many markets besides China,” Feng said.

Lotus said it has completed a funding round with Nio Capital, the investment arm of Chinese electric car start-up Nio, as part of the investor lineup.

Bloomberg reported that Lotus is valued at 15 billion yuan ($ 2.3 billion) citing people familiar with the matter.

Analysts said Lotus will allow Geely to enter the luxury segment. It already owns volume brands such as Geely and Lynk & Co as well as the premium brand Volvo.

Geely bought a 51% stake in Group Lotus in 2017, including Lotus Cars and consultancy firm Lotus Engineering.

2021-08-31
Previous Post: The Canoo Anyroad creates a unique hybrid between a city car, a sporty recreational vehicle and a modern pickup truck
Next Post: The best cars of the luxury auto show Salon Prive 2021