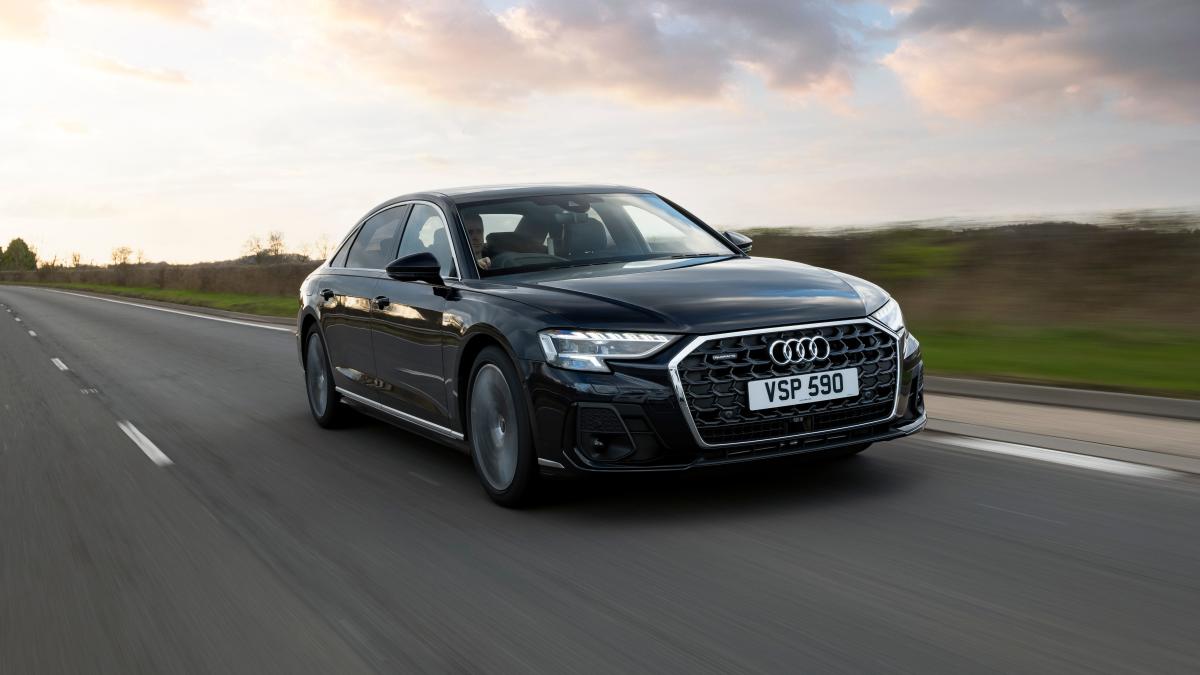 Is Audi’s Updated A8 Still a Luxury Car Heavy-Hitter?

The Audi A8 is one of those cars that people instantly associate with prestige. Over the years, this flagship sedan has been one of the go-to cars for people after unparalleled ride quality and top-notch comfort, not to mention decent performance.

And with a new wave of competitors on the horizon, Audi has seen fit to update the A8. Now, these changes might not be the most groundbreaking, but they’re implemented to keep the A8 in fighting shape. We tested it on UK roads to see how it does.

As already mentioned, the changes to the A8 are not so comprehensive. Thing is, when the A8 was first introduced in 2017, it featured cutting-edge technology, so even now it hardly feels behind. That said, Audi gave it smart new digital lighting, as well as a larger, more visible grille.

Inside, there’s a cabin that offers huge space for those sitting in the back as well as a comfortable, focused place for the driver as well.

What’s under the hood?

Although the new A8 is available with plug-in hybrid powertrains, our test car was equipped with a proven 3.0-liter diesel V6. Badged 50 TDI, it has 282bhp and 600Nm of torque, bringing a 0-60mph time of 5.7 seconds and a top speed limited to 155mph.

But, when combined with a silky-smooth eight-speed gearbox, it becomes clear that this engine’s primary focus is refinement as it’s super quiet when cruising. Plus, with Audi claiming up to 44.4mpg, that’s remarkably frugal, while CO2 emissions of 171-177g/km are also quite respectable. As you would expect for a car of this type, the air suspension is used to maintain a comfortable ride.

How is it to drive?

Of course, most of the A8’s appeal centers around the rear seating position, what about those behind the wheel? Remarkably easygoing, indeed. It’s a big car, sure, so it takes some getting used to, but once you get the hang of the car’s proportions, it’s very straightforward and easy to drive. The diesel engine has great reserves of power and never feels out of breath, while the well-managed ride sloughs off the worst of the road surface.

It’s also incredibly quiet, with very limited wind and road noise. The steering is also precise and you can easily drive the A8 quickly if you need to. It is, however, at its best when cruising.

How does it look?

The A8 has a nice stealth design, but this latest tweak has given it more of a threat than before. The ultra-wide grille is the most noticeable change here, but it’s still a very stylish affair overall and definitely takes a more conservative approach compared to the competition.

At the rear there are new customizable digital OLED lights, connected to a full-width lightbar that looks really impressive at night. In truth, it’s not a hugely different car to the one it replaces, but there are a fair number of tweaks and tweaks made to keep the A8’s design fresh.

How is it inside?

Inside the cabin, you’ll find the attention to detail people expect from an Audi. Many high-end materials are used throughout, although the metal interior door handles are very flush and can be a bit difficult to use at times. Seated up front, you have plenty of adjustments and it’s easy to find a comfortable riding position.

But of course the main event is at the back. Our test car came in a long-wheelbase form and in those versions there are acres of legroom to utilize. It also came with the Rear Seat Pack – an extra £3,000 – which adds comfortable head restraints, heated seats and more. Twin screens have also been fitted to the passenger and driver seat headrests, providing a host of entertainment options for those in the back of the A8.

What is the specification?

The A8 is Audi’s flagship sedan, so when it arrived, it featured the company’s latest technology. Now, however, its systems have filtered down to Audi’s more traditional models, so they’re not as exciting as before – although they’re still very useful. The dual-screen layout, for example, is as good as day one, providing quick and easy access to many of the car’s key functions.

Our test car also came with a slew of options, including a panoramic glass sunroof, massage seats and a heated two-spoke leather steering wheel, which bumped up the A8’s price. at just under £99,000.

The A8 remains a key contender in the luxury sedan segment. These small updates have certainly given its appeal a little boost, but it seems that with new versions of key rivals arriving in the segment – including the upcoming BMW 7 Series – the A8 has its work cut out. the board.

That said, it’s still a great car with top-notch levels of refinement, a premium driving experience, and a spacious, well-made cabin. It may not be as forward-thinking as some drivers in this segment might like.