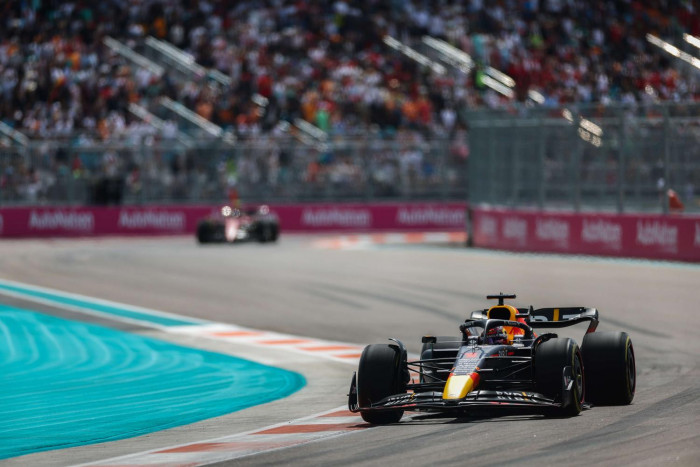 Motorsport is giving manufacturers a growing audience, falling costs and the kind of emotional marketing they want more of as cars go electric

Formula 1 motor racing could be the kind of noisy marketing tool luxury car makers need in the silence of the electric age.

The recent worldwide wave of interest in motorsport has taken even long-time fans by surprise. In the US, some of it has to do with a Netflix documentary called Drive to survive, which attracted a younger and more diverse audience. In China, the rise of a local star in 23-year-old Alfa Romeo driver Zhou Guanyu has helped rekindle interest.

John Malone’s Liberty Media bought Formula 1 in 2017 for $4.4 billion from British billionaire Bernie Ecclestone, who for four decades built up a portfolio of rights to organise, broadcast and sponsor the sport’s Grand Prix races.

As Liberty Formula One, one of Liberty Media’s three “follow-on stocks,” the valuation soared to $12.6 billion.

Liberty has had some luck with the Netflix show’s unexpected popularity, but it’s also done its own job of broadening the appeal of the sport. The very first Miami Grand Prix last month caused a stir.

As sports viewers latched on, so did automakers. Volkswagen Group Chairman and CEO Herbert Diess said last month that its Porsche and Audi subsidiaries would join the group from 2026, although the two brands stress that no final decision has been made.

British sports car maker Aston Martin, whose team uses Mercedes-Benz engines, said it plans to develop its own for the same year. Currently, only Mercedes, Ferrari, Renault and Honda make Formula 1 engines, with the Japanese manufacturer in the process of pulling out.

The 2026 season is when a significant change to the engine rules comes into effect.

Details have not been finalized, but the premise is that the sport should be greener and simpler, lowering the bar for new players, while preserving the rowdy spectacle fans enjoy.

Today’s six-cylinder internal combustion engines will remain, but a complex module that converts waste heat into electrical energy will disappear.

To compensate, a second hybrid-electric unit that recycles energy from the brakes in today’s setup will be boosted. Crucially, teams will also have to fill their tanks with low-carbon synthetic fuels.

The focus on environmental sustainability helps explain how Mr Diess can enthusiastically commit to climate goals while approving investments in stunning motorsport engines.

The roughly three years that Porsche, Audi and Aston Martin need to prepare their engines for racing show that Formula 1 is no small feat for automakers. Toyota infamously blew billions of dollars in the 2000s with little success to show for it.

But sport is cheaper than before. The new engine rules will help, but the big change was the introduction of team spending caps in 2021.

This year, participants will be limited to an overall budget of $140 million each, excluding certain costs such as driver compensation. The comparison isn’t precise, but Mercedes spent over $450 million in total in 2020.

Wealthier teams are now pushing for the cap to be lifted to account for surprisingly high inflation in costs such as freight, but wherever it ends up the salary required to play will be much lower than in the past .

This makes it easier for newcomers to add up their ROI calculations. It also helped silence those who viewed even the most successful Formula 1 teams as a project of executive vanity.

A few years ago, analysts regularly asked Mercedes and Ferrari if investors were getting their money’s worth. Such questions are rare now.

The value offered by Formula 1 depends on what the manufacturers sell. Brands that specialize in performance and speed are fine, mass-market ones less so.

This helps explain why Honda gave up and why Renault moved its team last year under the umbrella of its more exclusive Alpine brand.

Detroit automakers are probably too focused on pickups and SUVs to get involved, even with more Americans watching Formula 1.

When it comes to electric vehicles, the technological transition of the automotive industry is likely to reduce the synergies that once existed between motorsport and passenger car manufacturing.

Faced with this, however, luxury brands may need the emotional marketing provided by sports more than ever, even to sell electric vehicles.

For example, Mercedes aims to be 100% electric in 2030 when market conditions allow, but it’s also trying to leverage its racing heritage to add some magic and edge to its brand. He invited his star Formula 1 drivers Lewis Hamilton and George Russell to a recent investor day near Nice, where the Mercedes name was born on the track in 1901.

The irony is that electric vehicles could iron out traditional performance differences between brands. Many premium car brands grew up near the Alps in southern Germany or northern Italy, with engines suited to the curves of the mountains.

How will they retain their prestige when even basic EVs can match their acceleration? The growing marketing power of Formula 1 offers an answer for nervous European manufacturers.