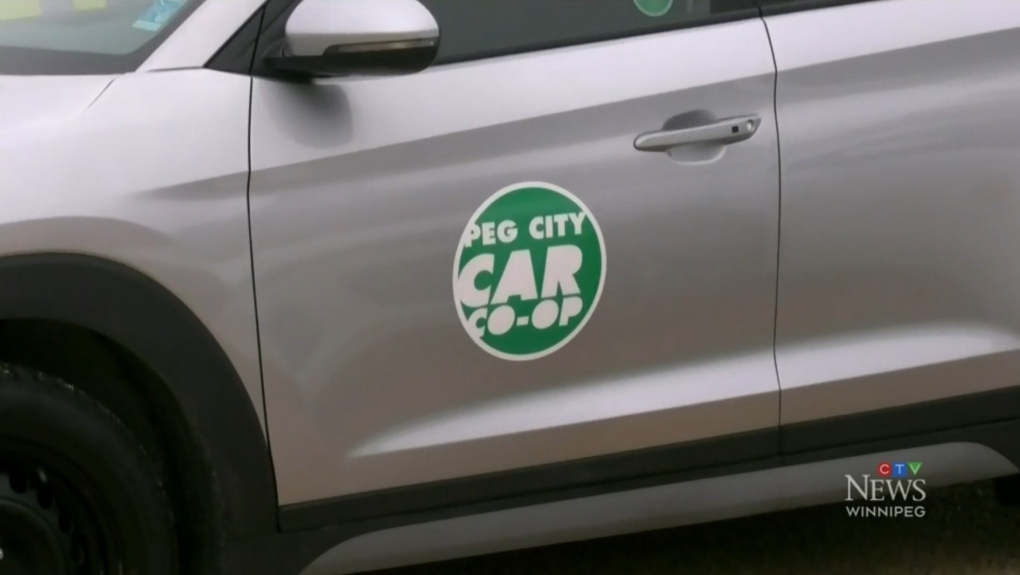 A car-sharing company in Winnipeg says it too has had fuel stolen from one of its fleet vehicles in what police say is a potentially deadly method of fuel theft.

Will Belford, fleet manager at Peg City Car Co-op, said around Tuesday last week, a member arrived at a reserved car parked in the city center.

“They noticed some of the snow had melted under the car. They smelled gasoline. They jumped in and started it and noticed it was empty, you know, until ‘on fire,’ he said.

“We dispatched personnel to go and inspect, and yes indeed, someone had punctured one of our fuel tanks.”

He said the member was able to get another vehicle from Peg City and the damaged car was repaired in a short time.

“When you have a fleet of vehicles and they’re spread all over town, a number of things happen to them,” he said. “But the drilling of a fuel tank, which I can only assume is to remove the fuel, is a first for us.”

According to the GasBuddy website, gasoline prices in Winnipeg hover around 173.9 cents per litre.

Belford said Peg City Car Co-op has seen several new members join the car-sharing service, but not necessarily because of the high price at the pump.

“I would say that gas prices haven’t been high enough for long enough for me to single it out as the main cause of people joining,” he said.

“But it goes without saying that the cost of fuel is a very significant variable and cost of owning a car, but it’s one of a myriad of other things – maintenance, parking, just paying for the car.”

He said the car-sharing service has a fleet of 68 vehicles and plans to expand its fleet with another 19 vehicles.

The Peg City Car Co-op is one of many Winnipeg businesses and residents who have been victims of this type of fuel theft in recent weeks.

Late last week, a Transcona man discovered that his truck’s gas tank had been punctured and fuel had been drained from the tank.

A few days earlier, Little People’s Place Inc. daycare discovered that the same thing had been done to three of its vans.

const. Dani McKinnon, a public information officer with the Winnipeg Police Department, previously told CTV News that while the number of gasoline thefts in the city is not enough to call it an increasing trend, they caught the attention of law enforcement.

She said this type of gasoline theft is potentially very dangerous because the drill used to drill a hole in the tank could create sparks, starting a fire or an explosion. Police said it could cause injury or, in the worst case, death.

Manitoba Public Insurance told CTV News that vehicle owners who discover their gas tanks have been punctured can open a claim. However, the state corporation does not track the number of cases specifically involving the drilling of gas reservoirs. He said an average of about 12,000 vandalism claims are opened each year.

2022-03-14
Previous Post: Renewed calls to scrap luxury car tax after hitting more Toyota than Porsche
Next Post: Roadshow: Part weekday commuter, part weekend sports car, the Subaru WRX is a performance car that does it all |